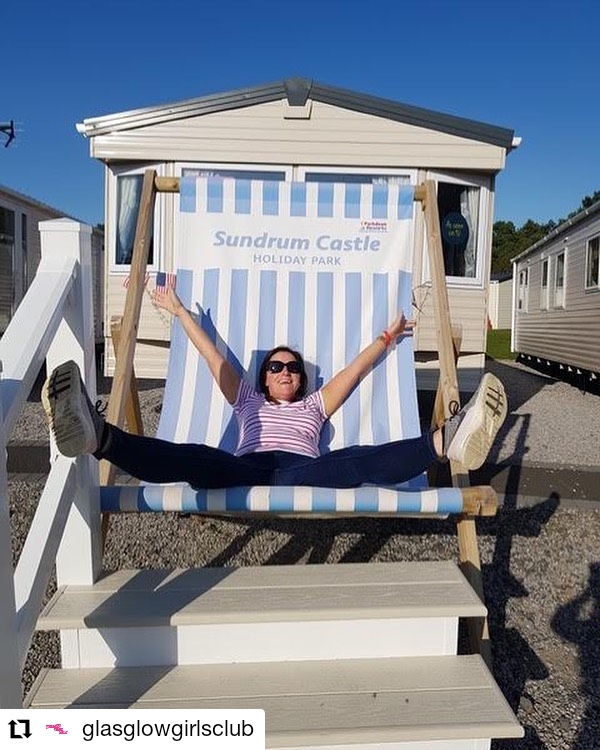 Then the panic attacks would get me while away,

Oh! I do like to be beside the seaside

‘Off anywhere nice on your holidays?’ is a simple question that loads of people ask me at this time of year. Each time I try to formulate an answer that is easy for the person to digest. How do you tell your chirpy hairdresser that you haven’t been further than 20 minutes from home in 15 years? It is hardly the sort of light-hearted chat they had been hoping to engage me on. But this has been my reality for a very long time.

It wasn’t always this way; I CRAVED adventure and would rarely be at home on weekends. At the age of 20, I packed my rucksack and announced I was off to find work in the South of France for the summer.

As a child, we lived in West Africa for two years, and I loved the freedom, the adventure of the loud, hot, dusty place. I have traveled to many parts of the world, taking the train across Europe for Christmas in Bucharest (highly recommend doing that btw). The Caribbean, Portugal, Greece, Corfu…

14th of February 2004, a moment in time that would change the course of my life. After a weekend in Aviemore snowboarding with friends, we set off home. On a beautiful, bright, crisp winter Sunday morning we made our way down the A9 home to Glasgow. Just after Perth we saw some smoke ahead and knew there had probably been an accident and readied ourselves for a long wait in traffic.

As I drove around a bend in the road, we came across something that I had only seen on BBC’s Casualty program. A crash with two people unconscious in their car, one face down on the horn, the sound reverberating around us.

Everything slowed down and sped up in equal measure. We slowly took in the horror in front of us then assessed the situation. We were one of the first on the scene, so we pulled over to try and help. I quickly pulled out my mobile phone and dialed 999. While explaining what had happened and attempting to give a location something yellow flickered under the crashed car.

With lightning speed, a friend and another person who had stopped to help, rushed to the car trying to free the occupants. The fire took hold with ferocious speed, they managed to pull the woman free, but the man perished in front of us.

Then I became aware of screaming, ‘that’s my dad! that’s my dad!’ It transpired the couple in the car were husband and wife coming to see their son and grandchildren who had recently moved to Perth. They had got lost, called their son who said they would head out to find them.

The son had arrived in the car behind us and it was him, who had pulled his mother from the car along with my friend.

The emergency services arrived, and we were asked to drive to the local police station. We were interviewed then sent on our way.

They would give us no further information on the woman, or way to contact the family to pass on condolences. We arrived home and all sat quietly staring at the floor.

Life went on, I continued with my university degree and graduated that year. I continued to travel and in July 2005 two weeks after the London bombings, I got on a train to travel to London. All was fine for the journey but as the train slowed to pull into Euston station, I started to feel incredibly warm, dizzy and a feeling of absolute terror began to course through my veins. ‘What is going on?’ I thought. ‘I think I am about to go mad’ ‘I am losing it and they are going to section me’ ‘I am in incredible danger’ ‘I am going to have a heart attack’, ‘I am going to die’! Followed by, ‘I need to get to safety, I need to escape and get back home to Scotland RIGHT NOW’.   And so, began a panic disorder that would hold me in its grip for a very long time.

I had a flourishing career; however, a slow decline began where I would only travel in Scotland, (easy enough to hide). Then the panic attacks would get me while away, so I stopped travelling overnight.

The panic attacks continued to chase me on day trips to Edinburgh or the seaside, so I stayed in and around Glasgow. The panic attacks started to happen on the journey to work and that is when the problem became a major issue.

I saw doctors, psychiatrists, mental health nurses, psychologists, counselors, hypnotists, herbalists. The Speakmans from ITV’s This Morning came to my house with a camera crew, promising to help, put me on national tv (amazing what you do when you are desperate) but even they went away unable to change anything.

I took a cocktail of drugs all promising to take away the feelings of terror and nothing did. No one could help, no one could figure out why I had the episode in London and continued to be plagued by these feelings. In 2010 mental health was not as accepted as it is now, and my employer took steps to end my employment along with making me sign an NDA.

I found myself out of work, on benefits and continuing to tumble further and further into a dark hole of terror, not knowing when the next panic attack would strike. Eventually reasoning that if I stayed in my home then I would be safe and that is where I stayed for 6 months.

Life carried on without me. Friends got married, promoted, had babies and went out having fun while I sat inside. I managed to push out a little and would travel around my town, but my god it was painful – I would check for traffic jams or snow that might impede me from scuttling home quickly.

Slowly things improved to a point where I could manage about 20 minutes from home. I carved out a weirdly successful life for myself where I held down a job (locally), met my husband (online) and had my daughter (that is a whole other blog!!)

Eventually, in April of 2017, I found CLARITY when I finally realized that I had delayed PTSD from witnessing the accident. Out of the blue, the son from the accident contacted me in April this year. He wanted to thank me for stopping and helping. He allowed me to ask questions, fill in blanks it helped me to process it, but I still struggled with anxiety.

I scoured the internet for help and found the answer in a book called the DARE response. I set to work putting my learning into practice and I now push myself to go out of my comfort zone as often as I can find the time to do it. I set goals for myself, one being that I wanted to go on holiday to the seaside.

I spoke to Suzane, and she has been an invaluable support to me in my recovery from agoraphobia. After 15 years of searching for a way out of the maze that is a panic disorder, in one phone call Suzane set me on the path to recovery.

I have had interventions from many counsellors, psychologists and psychiatrists as well as celebrity therapists trying to ‘cure’ me to no avail. Suzane’s approach is calm and reassuring whilst breaking down the tools needed to harness anxious thinking.

For me, Suzane was able to format my thinking into bite sized chunks that my racing mind can easily draw upon when experiencing panic sensations. With her excellent advice I am able to harness my anxious mind and watch while the anxious sensations quickly subside. Suzane will be that person in my life that finally set me on the path to freedom and I will never stop being grateful to her for setting me free.

I booked a trip for my family and worked every week on inching closer to the destination which was an hour’s drive away. Every week I would go out in the car get a little closer. At times it felt like pushing a snowball up a very hot hill! My friend would join, and we would stop at different places along the way.

The staff at Tesco in Ayrshire I am sure were perplexed by the slightly manic, shaking, laughing woman, high on success, that would browse their store attempting to shake off the adrenaline! Amazing how many types of bread flour you can buy, who knew!

It was in those moments though that I realized I was not ill. Anxiety is not an illness it is an emotion. Just like laughter, sadness, happiness; anxiety is in there as well. No drugs, therapists, hypnosis or any other potion, supplement or diet can take it away because it is part of me, it is part of you, it is part of all of us.

It can, however, be controlled, you can have a new relationship with how you experience anxious sensations. ACCEPTING that you feel anxious, not trying to fight that emotion is the first step. Then you have to go out and practice, practice, practice.

Through my practice I have become stronger, I am able to be courageous in the face of panic and it is paying off. I have just returned from my first holiday in 15 years and I had the most fun, it was so wonderful to see the sea, to walk on the beach and to have holiday memories with my kids.

I document my practice and progress with the DARE family on Facebook. I am as vulnerable as I think I have ever been, sharing the highs and lows of beating panic disorder. It is a raw account of me facing panic attacks and anxiety head-on and sharing them, so others can learn how to do it too. It is so exciting to create something so positive out of such sadness, it is a community coming together, finding our way out of the darkness together!

(Your email address will not be published)

This site uses Akismet to reduce spam. Learn how your comment data is processed.